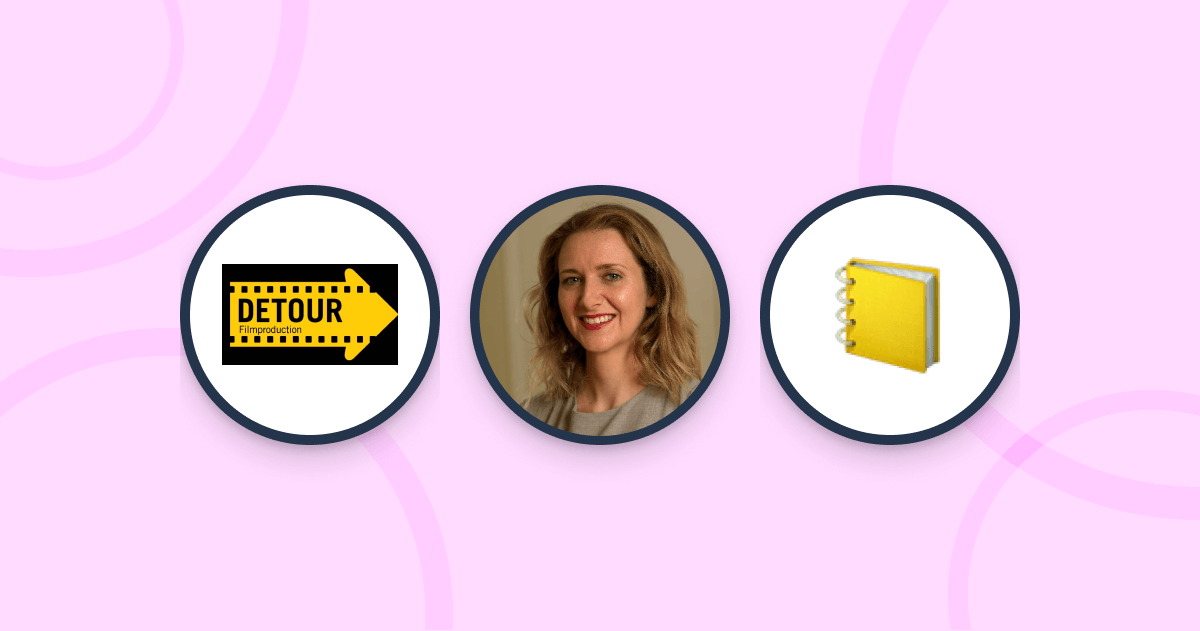 How a Notebook Helped Build an Intern Program

By nature, internship programs are hard to design. Four months is a short time to bring a young professional onboard, give them context, get them productive, and deliver a great experience that will make them want to come back and work for you later.

In the fast-paced world of filmmaking specifically, internships are a vital part of career development. But the chaotic nature of film projects — travel, high-quality creative output, project-based work — presents some unique challenges.

The internship program at Detour

Kirsten McMurray served as the Chief of Operations and Chief of Staff at Detour, Inc., a film production company in Austin, Texas. During her 16-year stint at the company, People Operations fell under her domain.

From 2004 to 2020, Kirsten led the intern program for Detour — recruiting, onboarding, and offboarding three interns every four months.

With interns at the bottom of the org chart, Kirsten was concerned that their impact on the organization would be overlooked. Kirsten wanted to showcase the people that came through the program and the work that they did.

Kirsten’s solution was to turn The Notebook — an interesting afterthought she inherited —  into a cultural artifact for the program.

How The Notebook Worked

The Notebook was a binder — a guest book of sorts — where departing interns wrote about their 4-month experiences and left behind photos and memories. When Kirsten came on board, she became the champion of The Notebook, turning it into a meaningful symbol of the internship program.

Here’s how it worked:

The Impact of The Notebook

For departing interns, The Notebook was a way for them to reflect on their time at Detour and the memories they made. It helped ensure they left on a positive note.

For incoming interns, the book showed the long lineage of interns that they were joining. It provided context and importance to the work that they would be doing over the next four months. Plus, it gave them people they could reach out to. It was a starting network for newbies in an industry where networks really matter. Over time, interns could look back and see now-prominent people who had once been in their shoes. For everyone else, The Notebook showcased the role the interns played and how they've contributed to the team.
‍

The Notebook was a key pillar of Detour’s internship culture. It solidified stories for posterity, put real human faces behind temporary employees, and helped new interns find their place.